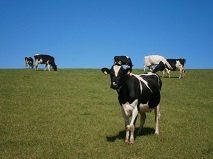 The FUW Milk and Dairy Produce Committee has described Welsh Government plans to introduce a pan-Wales ‘NVZ’ type regulations as disastrous for the sector, especially in light of Brexit uncertainty.

Speaking after the meeting on Thursday (March 14 ), FUW Milk and Dairy Produce Committee chairman Dai Miles said: “We have considered the plans in detail, and delegates are outraged that the Welsh Government want to introduce such reems of restrictions, rules and paperwork.

“These plans will affect farms, especially the smaller family farms, who carry out good practise and will incur extra cost through no fault of their own. It is painting the whole industry with the same brush when actually there is only a small minority at fault.”

Mr Miles said that as farmers were becoming increasingly aware of the plans, anger was rising within the industry that such a draconian approach was even being considered, especially at a time when all the figures suggest Wales’ agriculture industry could be the worst affected by Brexit.

“The fact that such a draconian blanket approach is being planned goes against the Welsh Government's commitment in December 2017 to strike ‘the right balance of comprehensive regulatory measures, voluntary measures and investment’ and ‘...explore further options to provide land managers with flexibility, where these would achieve the same or better outcomes than a regulatory approach,” he said.

Cabinet Secretary for Energy, Planning and Rural Affairs Lesley Griffiths announced the plans in a written statement in November last year, after which it became apparent that the majority of the plans had simply ‘been cut-and-pasted’ from the Nitrate Vulnerable Zone (NVZ) rules currently affecting just 2.3% of Wales.

“The plans have, to all intents and purposes, failed to acknowledge the 114 page report and 45 recommendations aimed at tackling agricultural pollution submitted by industry and government bodies six months prior to the announcement.”

Mr Miles added that the rules would have far-reaching repercussions for dairy farmers across Wales, but could also result in a fall in Welsh beef production in particular due to increased costs and reductions in profitability.

“If these plans go ahead we will see an increase in the number of Welsh farm holdings subject to costly and restrictive legislation from an estimated 600 to more than 24,000. With this in mind, our committee members support the FUW’s call for the plans to be abandoned, and for a proportionate and targeted approach based on balanced evidence to be adopted.

“We take the need to tackle agricultural pollution extremely seriously, and will continue to fight to ensure this is done in a way which is both proportionate and targeted, and reflects the local and national evidence base,” added Mr Miles.

AgriWales reserve the right to decline any listing or advert application.