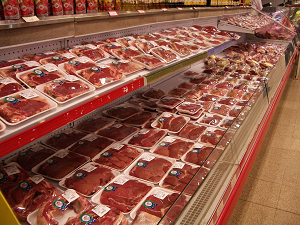 Following months of discussion NSA is pleased to finally receive the release of the Governments no deal tariff rates. NSA Chief Executive Phil Stocker comments: “NSA is extremely pleased to see the Government recognising the importance and sensitivity of our sheep farming industry, and we welcome the release of the schedule which provides us with some security. Our understanding is that it would mean any new country importing sheepmeat into the UK, or any volumes exceeding existing quotas with preferred nation agreements would have to do so at the stated tariffs – effectively WTO tariff rates.”

However, NSA remains concerned that a no deal will still result in far higher volumes of lamb onto our domestic market than we have historically catered for and that this schedule does not apply to existing quota volumes  with countries such as New Zealand and Australia, the biggest importers of lamb into the UK.

Mr Stocker continues: “While the recognition of our vulnerability by the Government must be welcomed, we are still facing the same issue. With a no deal Brexit, sheepmeat will still be imported as it is, while we may face a period when we lose our export access to the EU and potentially regain it but with high WTO tariff rates. This means we may still be in the situation in a few months’ time, where our domestic markets may become flooded driving the price of lamb down. This would be very bad news for our producers, but for retailers and processors too as many will have forward purchased lamb for the Spring and early summer period and may face a challenging retail market.”

However, while New Zealand and Australia are able to continue importing lamb tariff free into the UK, they will not be able to increase their input. Mr Stocker adds: “The UK will still have to accept lamb from New Zealand as part of its TRQs, and the Government and the EU have agreed a 50/50 share of the EU’s quota (which is roughly equivalent to our current position). This will mean that New Zealand will be restricted to 114,000 tonnes, and Australia 4500 tonnes of sheepmeat tariff free into the UK annually.”

NSA has been warning about the risks of free trade deals with countries with big sheep producing nations, like New Zealand and Australia, being priority countries for the UK. Mr Stocker add: “In a round about way, if British producers are able to hold on tight and brace for a few months as lamb prices deflate, eventually importers will switch their supply towards other markets and may reduce the amount they import into the UK. At this point, it would likely lead to the UK focusing on our domestic market. However, to do this well we still need longer term plans and assurances and we are still lacking a coherent food strategy for the UK that would give confidence for the industry to adapt and invest in order to even out the supply of British product throughout the year.”

Mr Stocker concludes: “It is frustrating that these tariffs cant be applied to our existing importers, however it is a step in the right direction and shows the Government recognises the vulnerability and importance of our sector.”

AgriWales reserve the right to decline any listing or advert application.